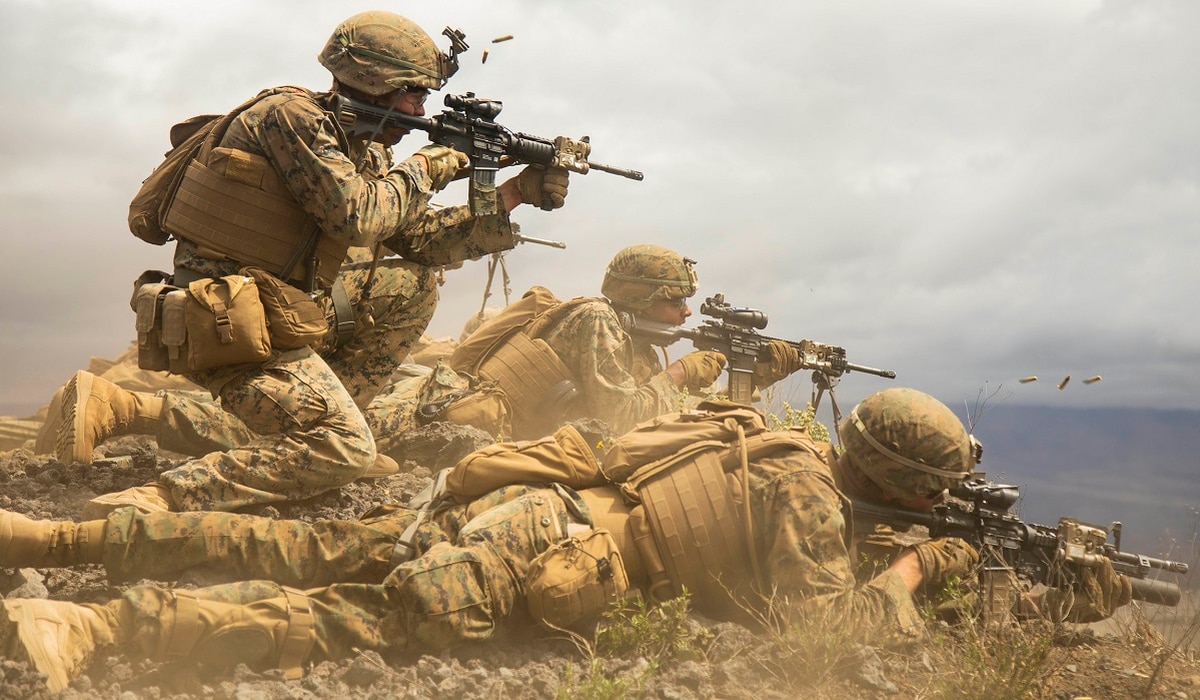 Examples of all three of the U.S. Air Force’s heavy bombers are in Europe for the first time since at least 2009. Whether the United States intends for the unusual deployment to be a message to Russia or not, the Kremlin has already taken a keen interest in all the activity.

On June 9, 2017, airmen from the active Air Force’s 509th Bomb Wing and the Missouri Air National Guard’s 131st Bomb Wing helped bring two B-2 Spirit bombers to RAF Fairford in the United Kingdom. The unique stealth bombers joined B-1 Bones and B-52 Stratofortresses already at the Royal Air Force base, bringing the trio to the same place for only the second time since the creation of Air Force Global Strike Command in 2009. In August 2016, B-2s made a similar surprise appearance at Andersen Air Force Base on Guam after B-1s and B-52s had already touched down on the island outpost.

The B-1s and B-52s are in Europe mainly for the annual Baltic Operations (BALTOPS) and Saber Strike exercises. BALTOPS focuses on scenarios in and around the increasingly tense Baltic Sea, while Saber Strike is primarily a ground exercise that spans the Baltic States of Estonia, Latvia, and Lithuania, as well as having outstations in Poland and Germany. The Pentagon has not publicly tasked the B-2s with any particular mission beyond reassuring America's NATO allies and general deterrence.

The bombers make regular appearances in Europe for various training exercises, as well as for what the Air Force has referred to in the past as "global power training sorties," which are simply opportunities for aircraft crews and other personnel to get experience with conducting and coordinating long-range deployments, which can be especially complex when they involve the large aircraft. 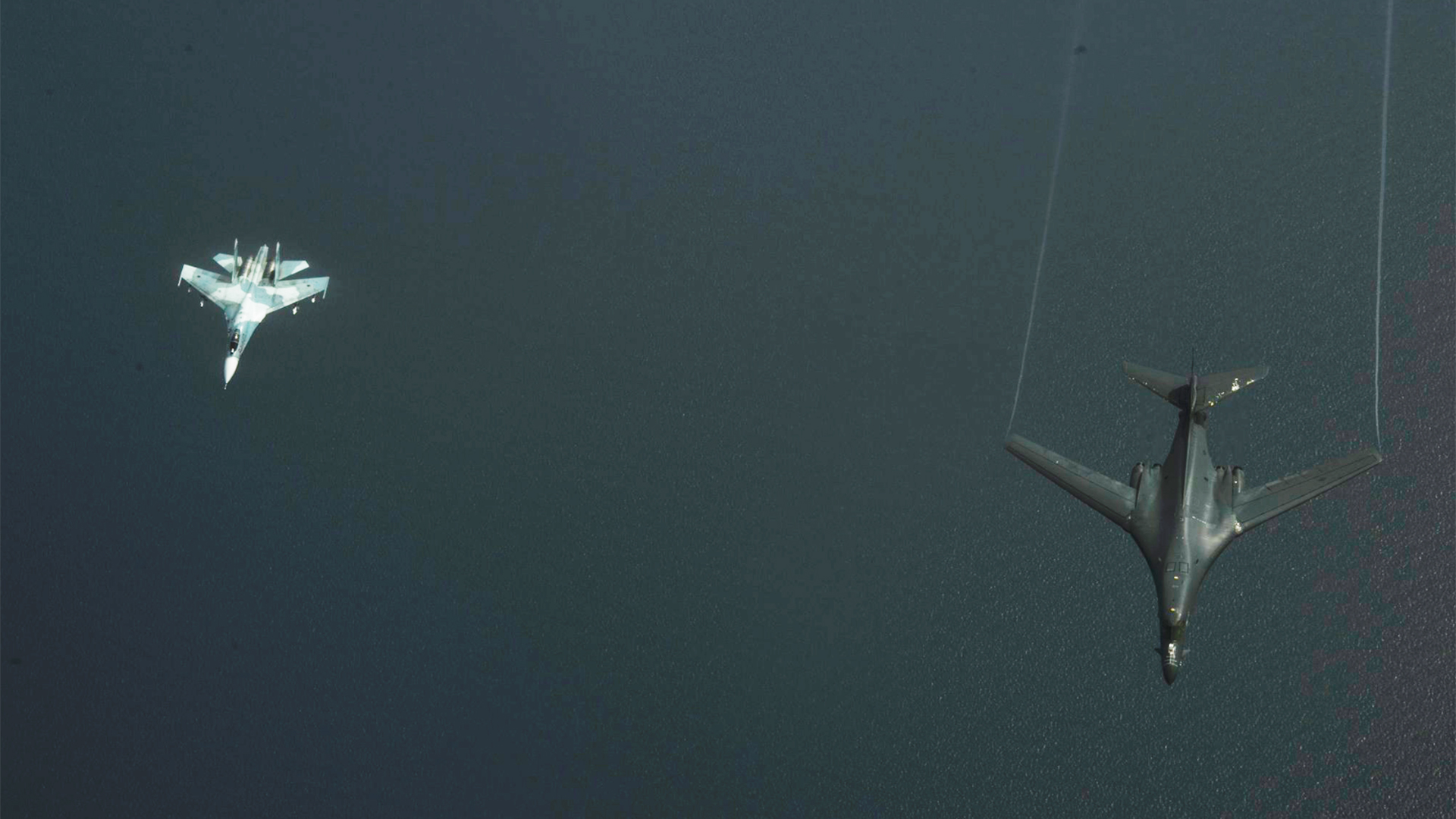 U.S. Air Force Colonel Jared Kennish said as much in official comments to the service’s reporters. “The bomber assurance and deterrence missions these three aircraft are supporting are key to reinforcing our commitment to our allies in NATO – in a very visible, very tangible way – that we stand shoulder to shoulder with them, no matter what,” the officer, who is in charge of the 322nd Air Expeditionary Group, which is coordinating the latest bomber missions in Europe.

A picture I took of a Russian "flanker" fighter on the tail of a @usairforce B-52 bomber over the Baltic Sea today
—I was onboard a KC-135 pic.twitter.com/pGbawrCM3
— Nolan Peterson (@nolanwpeterson) June 9, 2017

For BALTOPS and Saber Strike, a variety of other U.S. fighter jets, aerial refueling tankers, and other aircraft from various allied units are taking part, as well. On June 9, 2017, a number of them had gotten together for a photo shoot for the press over the Baltic when a Russian Su-27 Flanker arrived on the scene. The jet, possibly flying from the naval air station in Chkalovsk, Kaliningrad, intercepted the aircraft as they flew in a neat formation through international air space. In addition to the Pentagon's own photographers, journalists quickly snapped shots of the new arrival and spread them across social media. 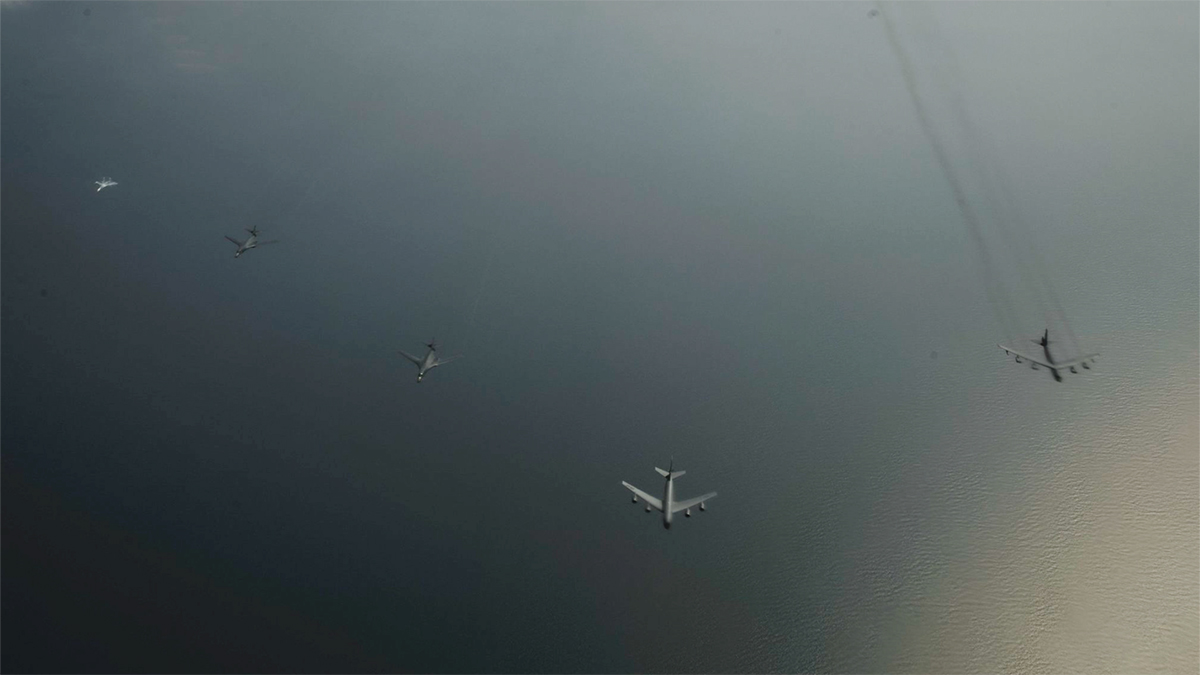 Nestled in between Poland and Lithuania on the Baltic Sea, Russia's enclave of Kaliningrad is geographically separated from Russia proper. Three days earlier, another Flanker met up with a Stratofortress in the same area. It’s worth noting that none of Moscow’s aircraft came out to greet a detachment of U.S. Air Force F-35A Joint Strike Fighters when they visited Estonia in April 2017. 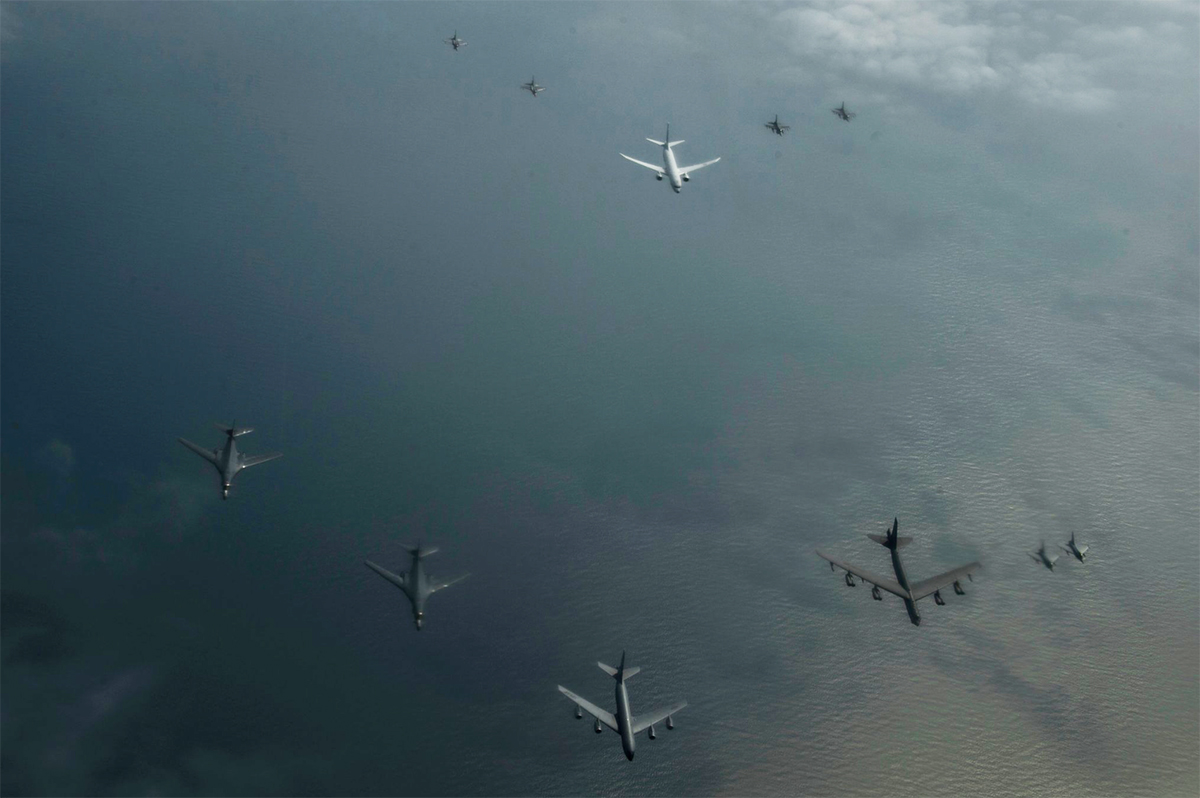 Thankfully, unlike previous meetings between Russian aviators over the Baltic Sea and elsewhere in recent years, there were no immediate reports of dangerous or otherwise unprofessional flying on the part of the Russian pilot. Russia’s air defense networks, including long-range radars associated with the S-400 surface-to-air missile in Kaliningrad and other systems in the country proper, are probably keeping an eye on the NATO activities.

The Russians shadowing these high-profile training missions makes sense, since the unique capabilities of each of the American bombers will be on display. Though it may not make the same impact as the iconic and nuclear-capable B-52, the B-1 can actually carry a heavier conventional weapons load. Both aircraft can perform strategic attacks and interdiction type missions against target behind enemy lines or perform close air support duties with laser- and GPS-guided bombs. They can also carry various kinds of unguided ordnance and other payloads, such as non-lethal leaflet bombs. As part of BALTOPS. the B-52s have already dropped inert Quick Strike naval mines, highlighting their utility in a maritime role. The B-1s dropped BDU-50 inert dumb bombs during Saber Strike.

The B-2s can do what the other bombers can’t, fly deep into hostile territory with a high-degree of immunity to enemy air defense networks and fighter jets. It seems likely that the B-2s will fly show-of-force style missions throughout the region before returning home.

Above all else sending an Su-27 into a complex aerial photo exercise like this is actually a brilliant move by Moscow. It says "hey world we're here too and there is nothing you can do about it" in just about as clear and creative way possible. It literally hijacks a big U.S. allied/NATO public relations move, and there is no recourse for such an act.

American crews will probably be on the lookout for more meetings in the skies over the Baltic before BALTOPS and Saber Strike wrap up later in June 2017.